Abstract: A variety of network applications, including electronic commerce and games, are either enabled by or benefit greatly from low latency communications. Studies have shown, however, that over medium and long distances the time to send a packet from one city to another on the public Internet is typically more than three times larger than the lower bound implied by the speed of light in free space. Hence for applications like high-frequency trading, where the winner of a communications race receives all the benefits, special purpose networks have been deployed.

For example, between New Jersey and Chicago a succession of networks has been deployed, first fiber-based and then microwave-based, with each network reducing latency by a fraction of a millisecond over the previous. This talk explores the possibility of using the same radio technology to build a network backbone spanning the 120 largest population centers in the United States. The design places radios on existing towers, using topographic maps to ensure line-of-sight connectivity between towers. The impact of weather on the network is evaluated using historical weather data. Our analysis suggests that it should be possible to achieve mean speeds of over 95% of the speed of light over medium and long distances at a transmission cost of under $1 per GB. 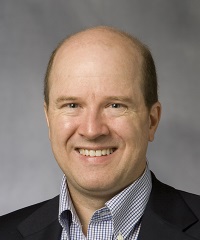 Biography: Bruce Maggs received the S.B., S.M., and Ph.D. degrees in computer science from the Massachusetts Institute of Technology in 1985, 1986, and 1989, respectively. His advisor was Charles Leiserson. After spending one year as a Postdoctoral Associate at MIT, he worked as a Research Scientist at NEC Research Institute in Princeton from 1990 to 1993.

In 1994, he moved to Carnegie Mellon, where he stayed until joining Duke University in 2009 as a Professor in the Department of Computer Science. While on a two-year leave-of-absence from Carnegie Mellon, Maggs helped to launch Akamai Technologies, serving as its first Vice President for Research and Development.

He retains a part-time role at Akamai as Vice President for Research. In 2017 he won the Best Dataset Award at the Passive and Active Measurement Conference, The Best Paper Award at CoNEXT, a Distinguished Paper Award at USENIX Security, and the 2017 IEEE Cybersecurity Innovation Award for work that appeared at IEEE Security and Privacy. In 2018 he was part of a large team that received the inaugural SIGCOMM Networking Systems Award for the Akamai CDN.

Abstract: NFV/SDN success can be tightly related to keep one promise: facilitate and deliver automation. The orchestration word is often used in this context even if it has various implicit meanings depending on profession and business position. Lot of research and development works are showing and demonstrate that we can go from basic (script based) orchestration towards advanced (cognitive based) orchestration.

However, from a communications service provider point of view, it is not obvious how to proceed with this journey as there are still gaps between operational/field reality, usable implementation and target, with the risk to not reduce complexity but just shift it. In this talk, I will discuss some of the key challenges we are currently facing including: the orchestration complexity related to business process implementation, the capabilities and limitations of orchestration engines and the network configuration puzzle. 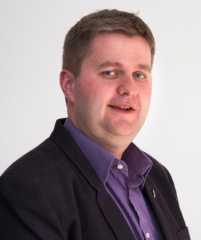 Biography: Christian Destré is currently leading the orchestration technical studies of the Orange On-Demand Networks program, consolidating the NFV orchestration journey for Orange affiliates. He was also involved in many research activities related to Autonomic Networking and network management for 10 years and was the technical manager of the EU FP7 UNIVERSELF project between 2010 and 2013. He received a PhD degree (computer science) from Université d’Evry (France) in 2004.

Abstract: Since the United Nations General Assembly in December 1987, and its Resolution 42/187, sustainable development has become an issue and an aspiration of our civilization. Communities world-wide continuously make efforts in promoting ecology to address future issues of global warming. Currently, 2% of the world-wide energy is consumed by the ICT industry which discharges more than 830 million tons of CO2 every year. Mobile radio communication sector used to be considered as responsible of 9% of that figure. However, recent industry reports estimate that while the overall carbon footprint of all ICT technology will almost double between 2007 and 2020, the footprint of mobile communications might almost triple within the same period resulting in 235 million tons of CO2 –equivalent per year in 2020. This is mainly due to the estimated exponential increase of the multimedia traffic in future radio networks, as well as due to networks densification and expanding Internet of Things. Therefore the challenges for the future networks are set to achieve 10 times the energy efficiency together with spectral efficiency compared with today’s 4G systems.

This keynote talk will addresses the trends in mobile data traffic and related power consumption as well as the opportunities to increase energy efficiency of future radio communication networks, systems and devices. We will consider relevant and realistic power-consumption models that include increased processing complexity and radio-environment awareness in the network, both envisioned for enhanced performance in the networks of the future. The competitive green technologies and network architectures to expand network capacity, possible tradeoffs and solutions to increase energy-efficiency for high data-rates in 5G (and beyond) radio will be discussed. Finally, we will attempt to assess the economic, social and environmental impact of potential energy savings of these green technologies.

Biography: Hanna Bogucka received the Ph.D. degree with honors and the Doctor Habilitus degree in Telecommunications from Poznan University of Technology (PUT), Poznan, Poland in 1995 and 2006 respectively. Currently, she is a full professor and a Deputy‐Dean for Research at the Faculty of Electronics and Telecommunications at PUT.
Prof. Hanna Bogucka is involved in the research activities in the area of wireless communications: radio resource management, opportunistic radio access, cognitive radio, and green-communication. She has been involved in multiple European 5th – 7th Framework Programme and Horizon 2020 projects dealing with novel wireless flexible transmission techniques and cognitive radio technologies, as well as in the European COST actions, National Science Centre projects, and industry cooperation.
Prof. Bogucka is the author of 180 papers, published in major IEEE journals and magazines, and in the proceedings of international conferences and of book chapters. She has also published 3 handbooks in the area of radio communications and digital signal processing (in Polish) and 3 scientific monographs on flexible and cognitive radio.
Prof. Bogucka has been the Technical Program co-Chair of a number of conferences, the technical program committee member of many major IEEE ComSoc and VTS conferences and a reviewer for IEEE journals over many years. Currently she is the Executive Editor of Wiley Transactions on Emerging Telecommunications Technologies.
Prof. Bogucka has been the member of the IEEE Kiyo Tomiyasu Award Committee in the term of 2012/13 and 2013/14, appointed IEEE Communications Society Director of the EAME Region (Europe, Africa, Middle East) and the Board of Governors member for 2014-2015 term, and elected IEEE Radio Communications Committee Chair for the term of 2015-2016. Currently, she is the member of IEEE Awards Board, and IEEE ComSoc Nominations and Election Committee member. In 2016 she has been elected the member of the Polish Academy of Sciences. 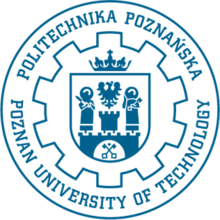 Necessary information and links can be found under: